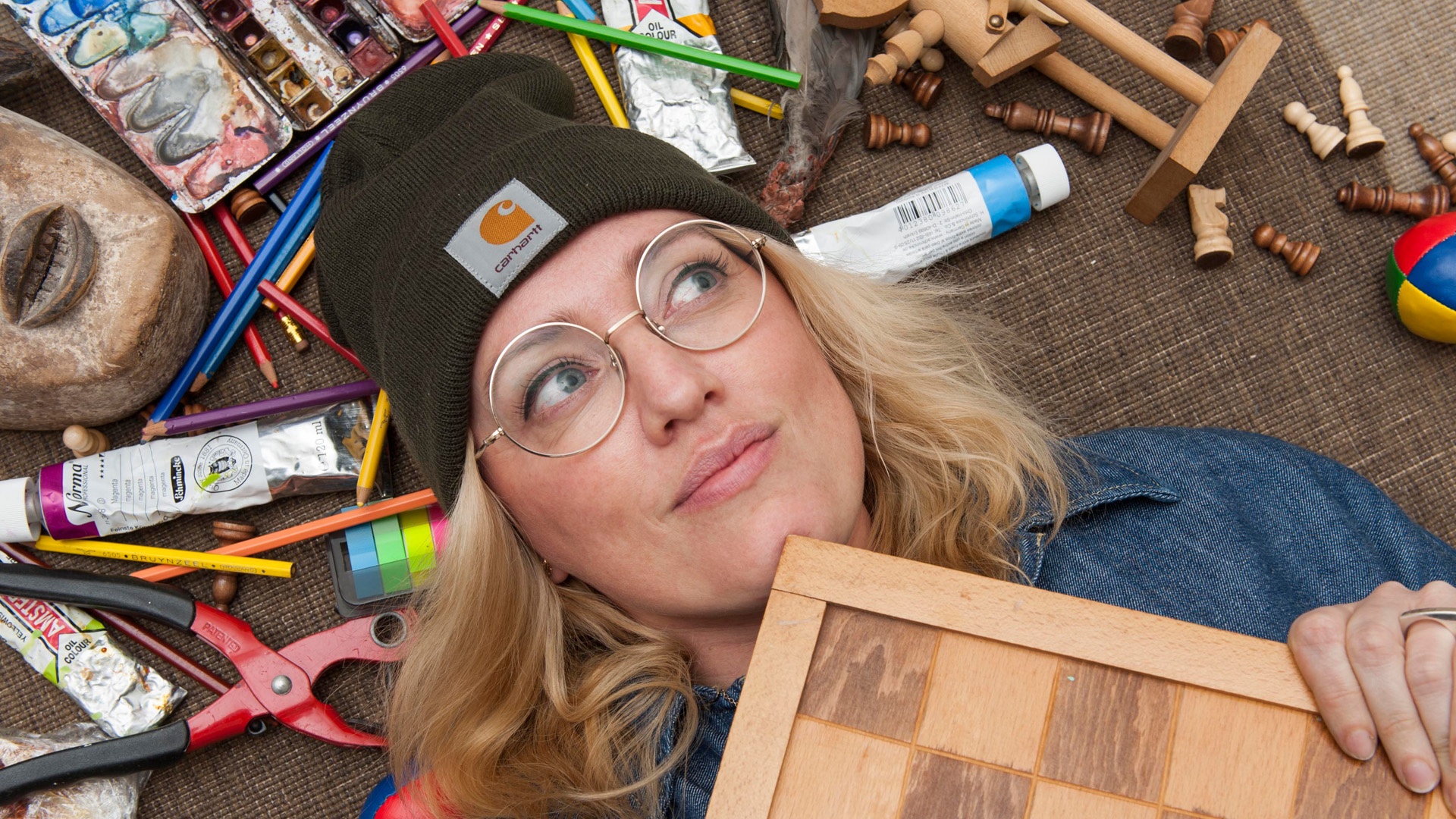 THE AIM OF ART IS NOT TO PRESENT
THE OUTWARD APPEARANCE,
BUT THEIR INNER SIGNIFICANCE

For Dutch painter and sculptor Eveline van de Griend, the friction between the past and present makes for a lot of unsettled power.

That’s the first thing that strikes you about her often uncomfortable images, which feature beautifully painted scenes evoking renaissance imagery with an unflinchingly honest twist of modernity. It’s her strand of work that deals most heavily with the aftermath of post-colonialism—a particular resonance drawn from a peripatetic upbringing in Africa, England and Russia before returning to the Netherlands and currently also working from Berlin, Germany.

Van de Griend believes that the aim of Art is to present not the outward appearance of things, but their inner significance; for this, not the external manner and detail, constitutes true reality.” Twinned with her ongoing Art For Gold project—where she makes portraits of people who donate gold to be melted down into a work to be installed at the South African National Gallery in Cape Town on Freedom Day— they read like a call for social justice.

Her work is often referred to as
“A MODERN INTERPRETATION OF THE OLD DUTCH MASTERS”.

In her new series inspired by early Dutch master Hieronymus Bosch, van de Griend’s insertion of people of color into classical settings reaches a level both sinister and surreal. The potency of her message is worthy subject matter for such a grand comparison, and forms the basis of shows in Germany, the Netherlands and Mexico.