MODERN SAINTS
7 oil paintings on canvas
We are familiar the classic icons, sacred images used for religious devotion, objects of worship and veneration. The golden background makes the depicted person shine. The heavenly quality of the gold rays gives the surface of an icon the appearance of living, glowing, moving light. A classical saint must die before he can be recognised as such. The Modern Saints are portraits of my friends who are still very much alive. With Modern Saints, I symbolically create a new female order. In which the 7 guardians of the future are proud women, each with their own task, portrayed as icons. There is Bina, the keeper of peace and Asia, protector of hope and desire. Laura, the saviour of the planets. Runa, carrier of mighty force. Famke, mother of future life. Eva, guardian of souls. Lucy, bringer of light. They are the new heroes, watching over the future. I chose 7 Modern Saints as seven is the number of completeness and perfection (both physical and spiritual).  It derives much of its meaning from being tied directly to God’s creation of all things. The number seven symbolizes humanity’s deep inner need to find depth, meaning and spiritual connection. The paintings have a modern twist. With the latest technology like face recognition we become more and more a virtual and fragmented version of ourselves. While painting in VR (virtual reality) I started to simplify realistic features to create new forms. This technique influenced the outcome of these paintings. The stages of the paintings have been documented, giving the viewer a unique insight into the artistic process. Modern Saints are symbolic guardians in a time of transition. 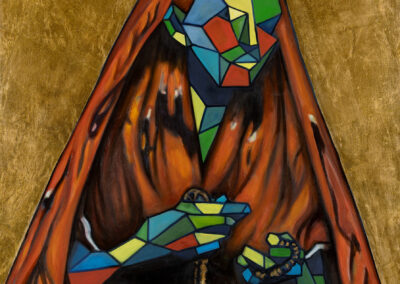 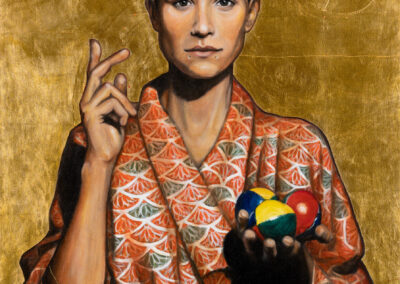 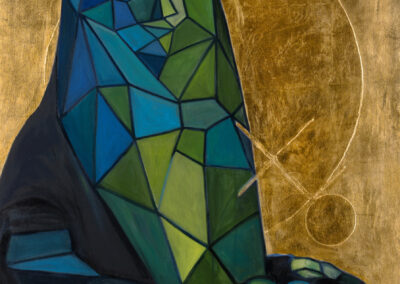 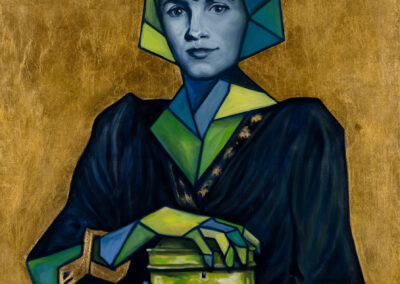 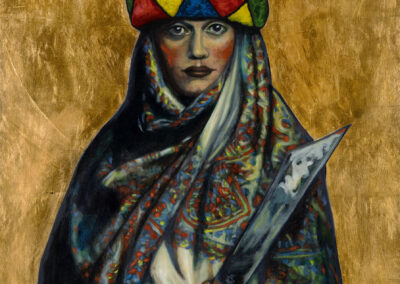 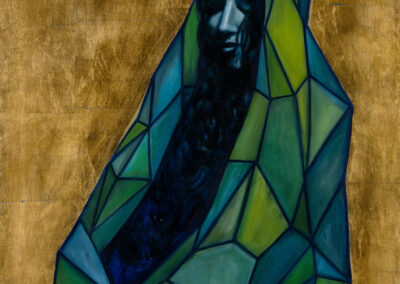