“A person, An individual is a person through other persons.”

The title of the project is a saying from the Bantu language spoken mainly in the Eastern Cape Province in South Africa. The proverb tells us that we are one in the encounter with someone else. A person is a person through/because of (other) people; you are who you are because of how you relate to others around you.

The original drawing is blown up to billboard size and poster size. We see an image of five boys standing proudly arm in arm in front of their newly installed graffiti, surrounded by symbolic references.

Inspired by the ideas of the art movement, Popart. Van de Griend turned the idea around and placed this work in a public space on a billboard to make a statement. The artwork is now visually removed from its former context and close to our fast consumer society, in which there are many billboards, posters and advertisements. Inappropriately these images and messages are forced upon the viewer. In this particular project Van de Griend deliberately picked these surroundings in order to provide a place to interact with the public. 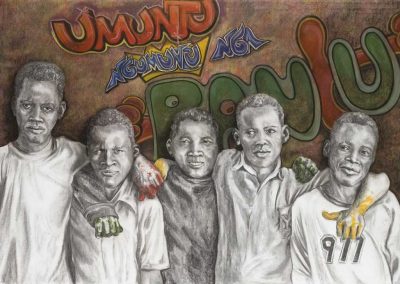 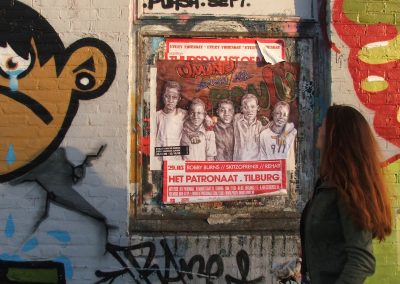 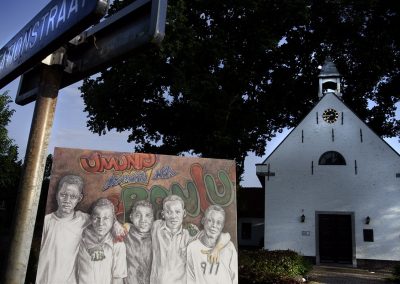 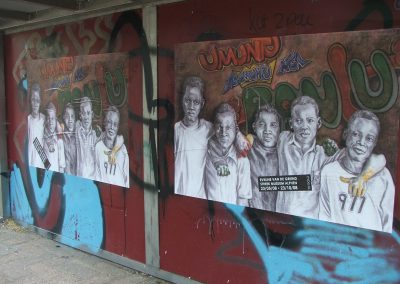