Presently, in a remote locale called Shela, Kenya on the coast of the Indian Ocean the talented Eveline works with locally sourced material and traditionally coastal African hand-crafting skills which she learnt in a short period of time. This hand-crafting skill of the fundi (person with such a skill) is both old and dying. Her current work weds this artisan skill to a big idea giving her sculpture an interesting look into the past as well as the future.

Her work begs one to ask so many questions. One that screams out is what inspired her to take up tools and materials unfamiliar and so quickly learn the craft of ancient Africa from the ‘fundi’, which is an exclusively male profession, who apparently are dying off with their old skill passed down generations from father to son.

The sculpture itself is a reminder of Plato in his philosophical question of what movement is? Two conjoined distinctly separated faces different in colour, sculpting style, and direction of view occupying the same space – one has moved to modernity adopting the relatively new cubist angularity, dimension and a choice of colour, early 1960’s Volkswagen Beetle baby blue, yet the other in its roughly finished look occupies a space more traditional, unmoved. Seen differently it can also look somewhat West African double-face mask-esk yet different from it for the distinct separation between the two parts. One side represents change and adoption to modernity while the other side remains unchanged in a proud pose. 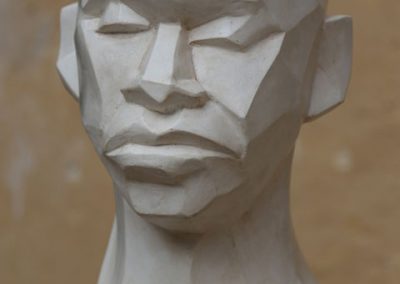 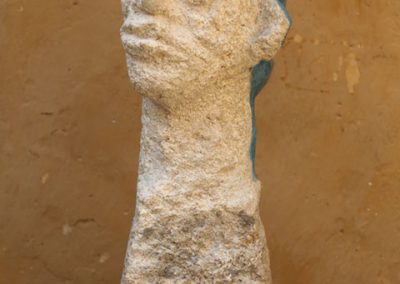 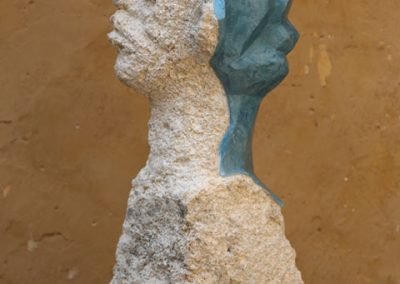 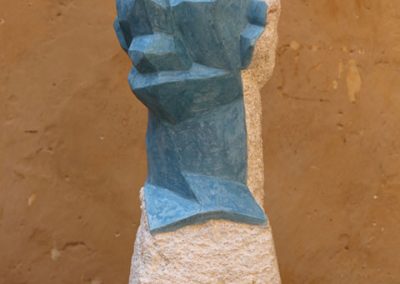 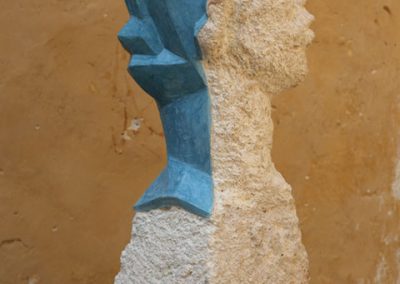 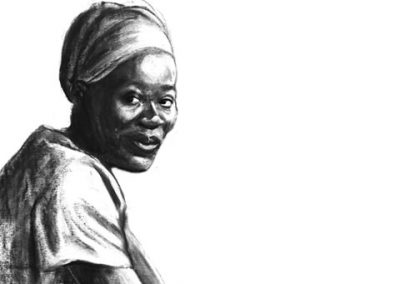 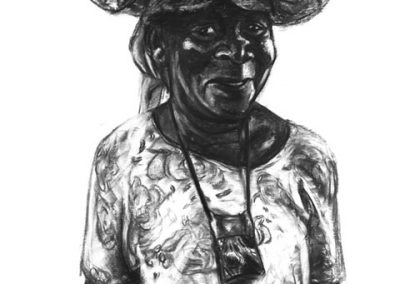 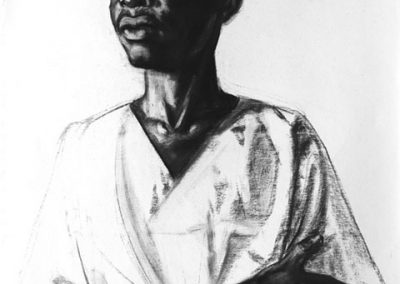 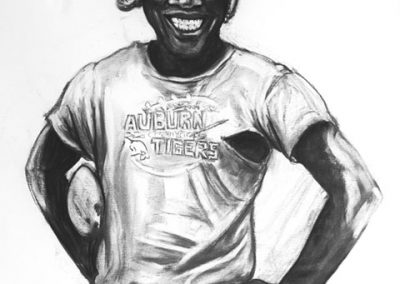 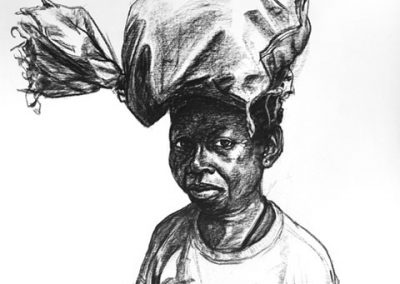 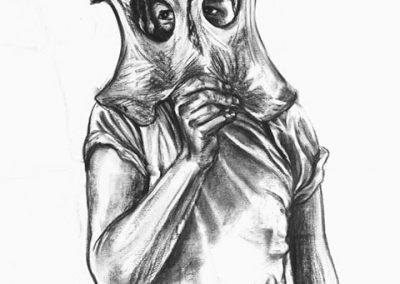